1. The Air In Front Of Your Eyes

It may be invisible, but that doesn’t mean you aren’t looking at it! Air is everywhere around you, including in front of your eyes. That means that you can’t help but look at it from time to time, even if you try not to. Which, speaking of trying not to look at things…

2. The Insides Of Your Eyelids

Everyone has to blink sometimes. It helps moisturize your eyes, and keeps the dust off of them. It’s such an important biological process, in fact, that it happens instinctively, without any actual volition on your part! Which means that you don’t have a choice, you simply have to see these. No way around it.

Qualia (singular quale) are the philosophical term for the actual phenomenological experiences we have day in and day out. Ever seen something red? That redness of the red thing is a quale. Whenever you see anything, technically speaking, you’re not really seeing that thing in and of itself; you’re actually seeing your own sensory experience of that thing. You’re seeing qualia. Seeing as they’re the only medium through which you can ever experience anything, qualia are definitely something that you have to see.

5. The Screen That You’re Reading This Listicle On

Same justification as before, really. This article’s only getting published online; we don’t have space to waste in our print editions for crap like this. So if you’re reading this, then you’re reading it online, aka through a screen. 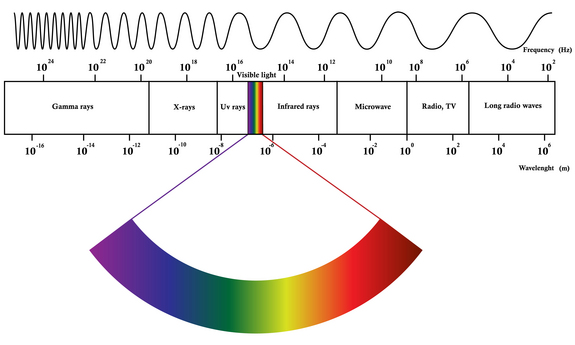 Electromagnetic radiation, also known as light to some, is a phenomenon in which waves of alternating perturbations in the electric and magnetic fields make their way through the world. It is what your eyes detect when you see things, so you have to see it in order to see anything at all. In addition, since it is only able to react with the electromagnetic force, it interacts with your eyes by changing the electric field around them. So, not only do you have to see this one, but also by its very nature, when you see it, it will shock you.

7. Something Else, Probably. Idk, I Ran Out Of Ideas.

What, did you expect an

actual picture or something?

Do you wear glasses or anything? Then those. If not, then whatever else you’re going to look at next.