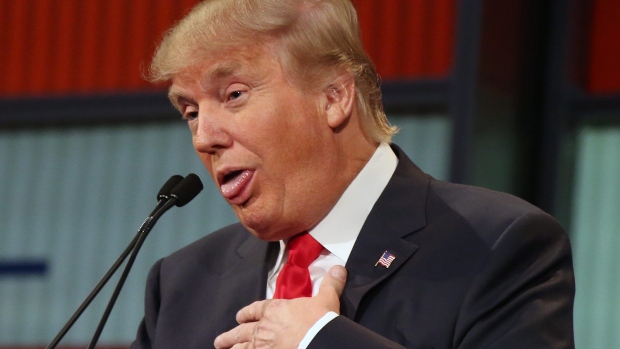 The recent lack of adequate vaccinations among the student body has caused several unexpected diseases to break out on campus this year. Measles and mumps both spread across campus like a tidal wave, albeit a tidal wave that would have been completely preventable had a sufficient number of us listened to modern science.

But these were not the only diseases set loose this year. There is another, less-talked-about disease that has been running rampant throughout not just this campus, but also the whole of America this year, due to a stubborn inability to make rational decisions. This disease, of course, is known as the Trumps.

What is the Trumps?

One of the defining symptoms of Trumps is that victims’ mental faculties are so severely incapacitated that most people afflicted with it aren’t even aware that they have a disease. To demonstrate this symptom, we asked one supporter (the technical term used by medical professionals to refer to the infected) how he was coping with his diagnosis. His response: “Well, I think that this…this is really just tremendous. It’s the best. It’s the best thing, I have it, and I’m the best. And everyone agrees. You know? I have these people call me, and they say, ‘Hey, you’re the best. You have the best, really tremendous ideas.’ And everybody agrees. It’s really the best. I have the best symptoms. They happen to the best people. I know the best people with these symptoms, really tremendous people. And I’m the best, you know?”

How do I know if I’m at risk of developing Trumps? How do I prevent it from spreading to me?

Like Sickle Cell, Trumps tends to manifest itself predominantly in members of one particular race: namely, in this case, Caucasians. Specifically, Caucasians who have little to no exposure to actual members of any other ethnic group, particularly Hispanics and Arabs. As such, the best thing to do to keep yourself from catching a case of Trumps is to associate with members of these races, and acknowledge that they are, in some sense, also people.
What do I do if someone I know is affected by Trumps?

Hearing that someone close to you has Trumps is, naturally, a rather shocking piece of news. Many people’s immediate response to this news is to feel some level of responsibility for what has happened. The first thing to do is recognize that, if someone you know has caught Trumps, it’s not your fault. Remember: you’re an American. Nothing can ever be your fault (unless you’re a minority of some sort, in which case, you know, it’s probably your fault).

There is a treatment available for Trumps, but many victims of this disease will refuse to buy it even if prescribed, insisting instead that their doctor pay for it.