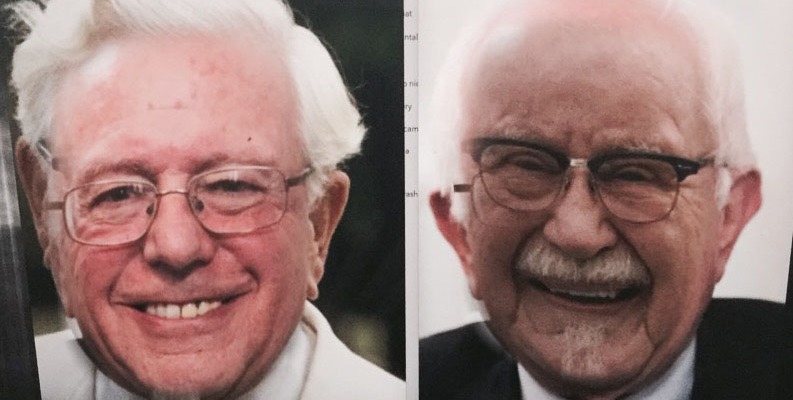 Recent advances in the field of genealogy have provided overwhelming evidence that shows Bernie Sanders, presidential candidate, was switched at birth with Clarence Edward Sanders, the alleged younger brother of Harland “Colonel” Sanders.

Colonel reporters recently interviewed Makupa Histrie, one of the genealogy interns involved in the Sanders Project. “Well, the evidence we’ve found so far is just too insurmountable to surmount, so don’t even try,” she whispered aggressively, adjusting her tan trenchcoat and kicking an aggressive-looking rat off of her pants leg.

“Reliable sources agree that Bernie and the KFC mogul’s younger brother were born within days of each other in colonial America in 1720, in the area that would eventually come to be known as Brooklyn, New Amsterdam. It’s only natural to assume that they had to have been switched at birth. Hospitals then were so primitive, you know.”

An awkward silence ensued as Histrie excused herself for a good forty minutes to answer a phone call in hushed tones, in a language the reporter was unable to identify. “Yeah, and then taking into account that the babies would have had the same last name…I mean, there’s no way this didn’t happen!” Histrie then scurried through a hole in the deteriorating brickwork, but not before slipping a hundred-dollar bill into the interviewer’s hand.

In fact, the very scientific and not-at-alllogically-flawed research done by Genealogy-‘R’Us inspired us to reach out to the DemocraticSocialist himself. What follows is a transcript of our conversation.
Colonel Reporter: Senator Sanders, what do you have to say about the allegations you were switched at birth?

Sanders: This just goes to show that you don’t have to be endorsed by Super PACs like Ted Cruz in order to have your own presidential candidate conspiracy theory.

Colonel Reporter: Mr. Sanders, what evidence can you contribute to the rumors that you were switched at birth with the so-called younger brother of the inventor of Kentucky Fried Chicken?

However, the feeble chant of the Colonel’s younger sibling was carried away by a soft breeze, shortly before he himself was blown away, fluttering in the sunset like a frail, socialist butterfly. As of press time, it is unclear as to how Sanders’ new familial alliances will affect his stance on the correct eating etiquette of substandard fried poultry.

Editors’ Update: Former Secretary of State Hillary Rodham Clinton has recently claimed relations to Rod Ham of Rodham’s Rad Ham, a chain of near-average butcher shops that are widely popular in rural northwestern Idaho. This claim seems to be somewhat contrived, however, as Rod Ham is not only a recent immigrant from Saudi Arabia, but also does not exist.