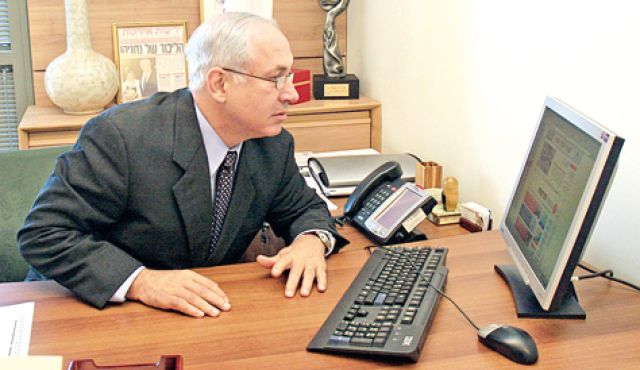 Last month, noted historian and Israeli prime minister Benjamin “Bibi” Netanyahu released research on the history of the great tragedy that led to the creation of the State of Israel. Bibi’s research declared that Palestinians had been responsible for planting the idea of the Holocaust in Hitler’s mind in the 1930s.

More recently, Bibi’s wife, Mrs. Netanyahu, released information that made it clear that the Holocaust wasn’t the only tragedy that Palestinians have caused. Mrs. Netanyahu’s press release detailed how, while borrowing Bibi’s personal computer to check her emails, she found files that had obviously been planted by Palestinian agents attempting to demoralize both her and the people of Israel.

Bibi has promised to work to find the Palestinians responsible for this great tragedy, and asks for the support of the world in this trying time.