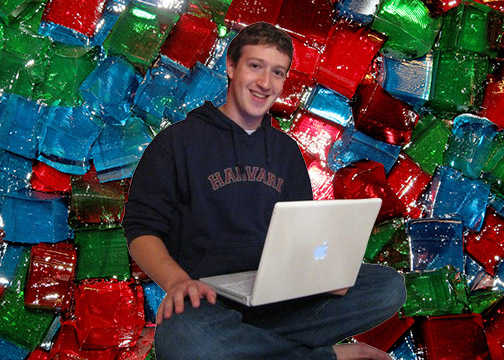 On Monday, Christie Lang changed her Facebook profile photo to her favorite childhood cartoon character.  When asked why, Lang responded,  “My aunt posted on Facebook that if I change my photo, one less child would become a victim of abuse.”

These Facebook vigilantes have popped up across the social networking society.  Last week, one group of twelve high school seniors all liked a photo that would raise one dollar for starving children in Uganda and five dollars for every repost.

“We just want to make a difference in the world!  If liking this photo means Beyoncé will donate computers to underprivileged youth, then I’m all for it,” said Dunbar High School senior Christopher Smith.

The Colonel contacted Mark Zuckerberg on the validity of such Facebook charity drives.  His secretary informed us he could not be reached due to the fact he was currently submerged in pool of jello.  Earlier this month, Sandy Clark posted a photo with the caption, “When this photo reaches 500,000 likes, Mark Zuckerberg will sit in a pool of jello for 72 hours to support the campaign for an 8th Harry Potter film.”

As of Tuesday, The Colonel was invited to the event “April 2, 2013: National Post your Favorite Mean Girl’s Quote for Anti-Bullying Awareness.”